General
View All
Exam
View All

Purbanchal University (PU) is a public university in Gothgaun Sundar Haraicha, Morang Nepal. It was established in 1993 by the Government of Nepal with its fundamental objective of preserving, refining, inventing, adopting, extending and transmitting knowledge in an environment that fosters free enquiry and open scholarly debate, leading to all-encompassing development of the rural people and their economies and environment. Purbanchal University conducts its academic programs through its five constituent campuses as well as more than 123 affiliate colleges. 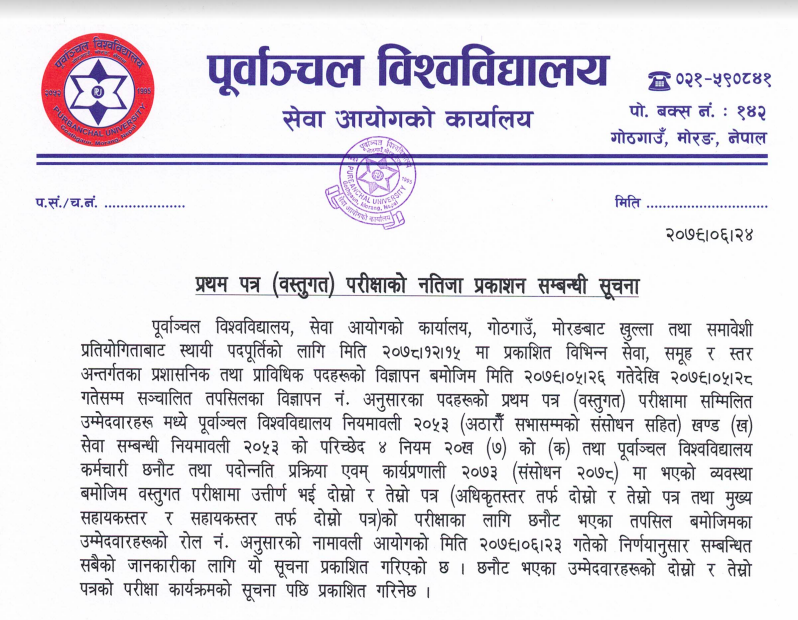